Karen M. Williams hopes that, in the future, more Oregon lawyers will have the opportunity to do the kind of work she does. If a current project of hers proves succ 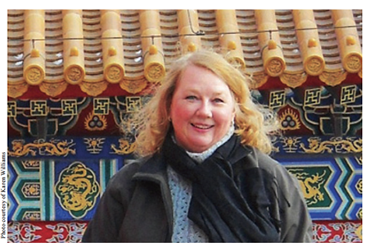 essful, it should help bring about that goal.

Right now, examples of such collaborations are uncommon, and those that exist have come about by “grim determination and serendipity” rather than from a permanent, existing entity where people could come together to make deals.

“If we’re successful in doing a higher volume, it will create a new opportunity for legal work,” says Williams. “So I hope there will be lots of folks who end up doing this.”

In work with her current employer of about three years, and with Lane Powell and the Portland Development Commission before that, Williams has set a standard for structuring and negotiating tax-advantaged financing, urban renewal and real estate development. In a particularly notable deal, she helped to design — and was a negotiator for — a finance package for the public-private partnership that built Portland’s 5.5-mile MAX Red Line to the airport. The $125 million project required 85 agreements among the Portland Development Commision (her client), the city, Bechtel, Trammell Crow, the Port of Portland and TriMet.

For nearly a decade, Williams led the public-private development team at Lane Powell, part of the firm’s real estate and land use practice group. She assisted many clients by identifying tax credits, structuring transactions, negotiating terms and overseeing the closing process. Her ability to combine tax credits, private money and federal, state and local subsidies has led to several significant community development projects in Portland, Seattle, Houston and elsewhere.

“Karen is probably the best lawyer in the state, maybe the best consultant in the state, when it comes to putting together public-private partnerships that result in economic development,” says Kimberly A. Medford, general counsel for Entek International, based in Lebanon.

Williams “reads people well. She’s smart, spunky, forthright,” Medford adds. Whether they agree with her or not, people trust Williams, she says. “She can put a large, diverse group of people in a room and extract from them a work product. It’s definitely a gift.”

Supporting Economic Development
Rated AV by Martindale-Hubbell, Williams has been listed in The Best Lawyers in America for real estate law and in Chambers USA for project financing. She also has twice been named by Oregon Super Lawyers as one of the top 25 female attorneys in the state and listed five times among the top 100 attorneys in Oregon. But Williams’ path to a stellar legal career was not a typical one.

Born in Eugene and raised in Jacksonville, Karen and her sister, Belinda, became the first members of their immediate family to earn college degrees, and Karen was the first in her family to earn an advanced degree. Her mother’s family came to Oregon in covered wagons in 1853. Her father’s mother was half Cherokee, lived in a two-room cabin on a reservation in Oklahoma, and earned her GED at age 72.

“I’ve had so many people who had heard that I was looking for a way to better my life and offered me a hand,” Williams says. “That has really influenced what I’ve done with my legal education,” and has led her to support economic development opportunities for disadvantaged people. “I’m humble and grateful every day.”

Williams attended Portland State University for a time beginning at age 17, and knew in her early 20s that she wanted to strive toward a professional degree. She obtained valuable experience working in finance-related jobs with Great American Mortgage Co., in Salt Lake City, Dun & Bradstreet and Xerox Corp. in Santa Ana, Calif., and 3M Co., in Seattle.

She had to work for a decade to save enough money to attend college, graduating from Antioch University in Seattle and the University of Puget Sound (now Seattle University) School of Law. She finished her degrees by going to school nights and weekends, and earned her J.D. in two and a half years, with honors.

Fortunately, she was able to learn a lot more about real estate law in her first legal job. Working for the Washington attorney general’s office in Olympia, she represented the division within the department of public lands that managed industrial and recreational lands. After transferring to the attorney general’s office in Vancouver, she handled litigation for a couple of years, an experience she says made her a better transactional lawyer.

Desiring to return to real estate law, Williams responded to an advertisement for a Portland Development Commission legal position. During her seven years at the PDC, she achieved several noteworthy deals, including the airport MAX project. As far as she knows, that instance represents the only time in the nation that a light-rail line has been financed using no federal dollars or a new tax levy.

As chairwoman of the PDC’s loan committee, she oversaw final credit decisions on approximately $400 million in community development loans, including about 4,000 units of affordable housing. As general counsel, she provided strategic and legal advice in significant agency downsizing and restructuring, as well as the formation of five urban renewal plans.

Joining Lane Powell as a shareholder, Williams underwent a crash course in moving from the public sector to the private sector — from serving one client to helping many. She is grateful to the firm for taking the “risk” of letting her develop an entrepreneurial practice that allowed her to broaden her opportunities and expertise in forming collaborations and public-private partnerships.

Williams says the secret to facilitating collaborations among public sector and private entities is to encourage each side to recognize its limitations and optimize each one’s strengths — to “take raw-material components and come up with something more than either could do alone.”

In 2010, she made what she calls a hard decision to leave the firm and accept the invitation of John F. Carroll and William J. McCrae at Carroll Community Development to join their company.

“I had observed and admired John for almost 20 years,” Williams says, noting that he was responsible for the master plan of the Pearl District and was the original chairman of the board of Portland Streetcar. “We have common values about community development and service.”

An example of Williams’ being able to apply her lifelong ideals is a project the company is working on in Houston: the nonprofit state charter school YES Prep Public Schools for low-income minority children. It serves 6,700 children on 12 campuses, with the goal of increasing the number of disadvantaged youth who graduate from a four-year college. “We’re expanding campuses to serve more kids.”

Outside the Office
Medford points out that Williams has created a mentoring and support network of young professional women in Oregon, mostly attorneys, who meet regularly.

“She quietly supports her profession and her community in many ways, from small groups to large groups,” Medford says. “She’s a nurturer in all aspects of her life. She nurtures people to be the best they can be.”

Along with her success in the legal field, Williams has cultivated outside interests to achieve a balanced life. One of those avocations is oil painting, particularly portraits. She keeps an easel in her office. “I’m really interested in how peoples’ lives are reflected in their faces,” she explains.

Williams also is an accomplished cook, notes Medford. “She’s passionate about the chemistry and science of cooking. She’s incredibly talented: This is a woman who I’ve negotiated multimillion-dollar deals with, and she taught me to make strawberry jam.”

Another of Williams’ hobbies, now a past pursuit but one that also appealed to her creative side, was writing science fiction. During her time working at the PDC, she checked out some scriptwriting materials from the library, wrote to television studios to obtain sample scripts, and hired an agent, who “thought I would be a good match for ‘Star Trek,’ ” she recounts.

When Williams wrote and submitted a prospective script for an episode of “Star Trek: Deep Space Nine,” one of the spinoffs of the original 1960s’ TV series that ran during the 1990s, she received a call three weeks later inviting her to come to Los Angeles to meet the show’s writing staff.

The odds that she would get the call were slim: 3,000 hopefuls a year sent scripts to the producer, and only about 25 to 30 got tapped as contributing writers. “These are obviously very coveted opportunities,” Williams says. She would travel to Hollywood two or three times a year for story meetings.

She helped with scripts for the show for two and a half years, leaving after that by choice because the story line moved in a direction — about conflict and wars between two cultures — with which she was not comfortable.

Although Williams emphasizes that she was not on the same level as being a staff writer on the show, she nonetheless enjoyed and appreciated the experience — and even briefly contemplated the idea of pursuing screenwriting as a career.

“I thought about it a little bit,” she admits. “It was lots of fun to get a bird’s eye view of that world. But the work I do in my law practice is more fulfilling.”