The Road Not Taken
By K. William Gibson 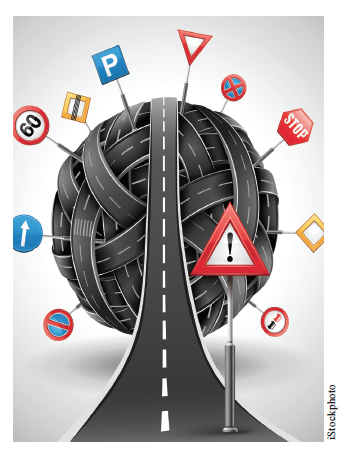 We can all recall times in our lives when we chose one road over another, and we sometimes ponder what might have happened if we had gone down the other road. My story takes place when I was a young law student and involves two giants in Oregon’s legal community — Judge Alan Davis and personal injury/workers’ compensation lawyer Frank Pozzi — both of whom have long since passed away, but whose stature has never diminished among those who knew them.

I was finishing my first year at Lewis & Clark Law School in 1974. I had spent that year going to law school from 6:30 to 10 at night, then rushing to a grocery warehouse in Milwaukie where I filled orders for Thriftway stores on the graveyard shift. I was married with two small children and needed to work. During summer break, the warehouse manager advised us that the company was eliminating the graveyard shift soon and we would all need to move to the swing shift from 5 p.m. to 1 a.m.

That schedule change would have conflicted with my night classes, so I paid a visit to the late Dorothy Cornelius, dean of admissions at Lewis & Clark, to see if she could help me find a law job. She set me up with two interviews — one with Judge Alan Davis of the Multnomah County Circuit Court and other with Frank Pozzi, head of the largest personal injury law firm in the state. I met with Mr. Pozzi first, knowing nothing of him, his firm or the kind of work that they did.

Frank Pozzi offered me a job as a clerk at the firm. He wasn’t specific as to what my duties would be, but I got the impression that they would involve doing what I was told to do by anyone in the office. I also got the impression that I would be working hard and working a lot of hours. I have since confirmed with other Pozzi alumni that that would, indeed, have been the case. Mr. Pozzi did tell me that since I was going to school evenings, I would be allowed to leave at 6 p.m., in order to make it to class.

A few days later, I went for the interview with Judge Davis. I had never heard of him either. When I took a seat in the back of his courtroom, he had just finished taking a verdict and excusing the jury. The two lawyers who had tried the case were still at counsel table talking with the judge. One of the lawyers was none other than Frank Pozzi. The other lawyer — whom I did not know, of course — was Bruce Spaulding. Mr. Spaulding was a giant in his own right and was one of the senior partners in the firm that later became Schwabe, Williamson & Wyatt.

After the interview, I was offered the job by Judge Davis. The hours were better, and the job sounded like it would allow me more time to study in between trials, so I accepted. I spent the next two years working in his courtroom. It was a pleasure, although the judge, who was well known as being extremely bright, had a cranky side that is the stuff of legends.

During my two years in Judge Davis’ courtroom, I watched what seemed like hundreds of trials, both civil and criminal. I learned enough that I felt quite comfortable in the courtroom and even tried my first civil jury trial only a few months after opening my own practice.

On the downside, even though I got to watch a lot of trials and learn from the lawyers trying them, I didn’t learn a lot of things that I would have learned from working for Frank Pozzi, such as: how to select cases; how to investigate and prepare cases; how to evaluate them for settlement; how to work with expert witnesses; how to develop a strategy for each case, etc. That I had to learn on my own.

In the 38 years since I chose the courtroom over the law firm, I have often wondered how the arc of my legal career would have been different had I taken the other road — the job with the Pozzi firm. I recently attended the Oregon Trial Lawyers’ convention where the group’s highest award was given to a Pozzi alumnus, Keith Tichenor. He was introduced by Dan Dzuiba, who also worked at the firm when Mr. Pozzi offered me the job. I reflected on how much I could have learned from them and others who were there at the time.

Looking back on it, the perfect solution would have been to have worked for the judge for two years and then at the Pozzi firm for the final two years of law school. But we can’t have it all.

ABOUT THE AUTHOR
K. William Gibson is an arbitrator and mediator in Clackamas. He can be reached at kwg@gibsonmediation.com.