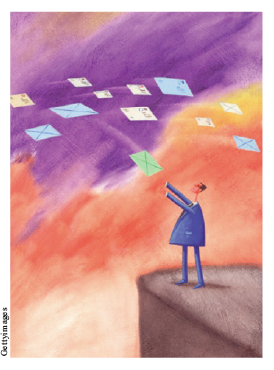 I agree that the issue of how judges are chosen in Oregon is very difficult. I disagree that direct election is the way to go.

I recall a situation in Nevada where a judge up for retention who had received a large campaign contribution from one of the casino hotels was hearing a motion for summary judgment against that hotel. At the beginning of the hearing the lawyer for the hotel rose and introduced the president of the hotel to the judge. There was no reason for that other than to attempt to influence how the judge would rule on the motion. In another case, a highly regarded California judge was voted out of office in favor of an incompetent only because that judge had made an unpopular decision in a case before him. The problem is that elections (including contested retention elections) cost so much money that it is prohibitive for a person to run without major campaign contributions, often from deep pocket frequent litigants.

I also do not agree with the premise that the Founders had in mind that political speech (by the average citizen) had to be protected above all. It is my belief that the Founders did not trust the average citizen when it came to electing representatives. Voting initially was limited to propertied white men (and even then ballots were not secret so that it became general knowledge how one had voted). United States senators were not elected directly, they were elected by state legislators. And the members of the Electoral College were free to exercise their discretion, not committed to vote for a particular person.

I do not agree that appointment for life is the answer either. In Los Angeles there are several federal judges who routinely thumb their noses at their critics and there was one federal judge (now deceased) who was so senile that he kept a courtroom full of lawyers waiting for two hours and when he finally took the bench he didn’t appear to know where he was. There is simply no way to get rid of bad judges who have been appointed for life.

When It Reigns, It Pores
Three pages after Suzanne Rowe’s mea culpa in the August/September issue regarding the difference between lay and lie , I found a sentence beginning, “In the initial throws of elation…” Perhaps the author meant throes . Webster’s Third New International Dictionary, Unabridged (Merriam-Webster, 2002) defines it (in part): “a condition of struggle, anguish, disorder, or confusion characteristic of a transitional period.”

We Love Letters
The Bulletin welcomes letters. In general, letters should pertain to recent articles, columns or other letters and should be limited to 250 words. Other things to keep in mind:

Letters must be original and addressed to the Bulletin editor. We do not reprint letters addressed to other publications, to other individuals, to whom it may concern, etc. Preference is given to letters responding to letters to the editor, articles or columns recently published in the Bulletin .

Letters must be signed. Unsigned or anonymous letters will not be published. All letters must comply with the guidelines of Keller v. State Bar of California in that they must be germane to the purpose of regulating the legal profession or improving the quality of the legal services available to the people of Oregon.