F-Words:
The First Flames of Fall
By Suzanne E. Rowe 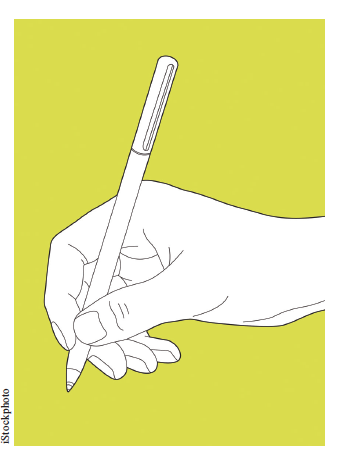 Firstly
Well, actually, my favorite dictionary did disappoint me when it said that “Firstly, Secondly, Thirdly” are correct. These seem like gussied up versions of “First, Second, Third,” and the extra –ly strikes me as pretentious. At least my dictionary warned against mixing the lists. So, Firstly on the first page of your memo should not be followed by Second a few pages later.

Facetiously Flippant
Facetious is an adjective meaning “treating serious issues with deliberately inappropriate humor.” Flippant is given as a synonym, though its meaning doesn’t seem to assume that the underlying issue is serious: “not showing a serious or respectful attitude.” Facetious humor seems to have a darker connotation than a flippant remark .

Farther is still restricted to distance, but at some point we decided that further could barge in and cover not only its own meaning, but the meanings of farther , too. So now my favorite dictionary includes a cross-reference to farther for almost every definition of further .

Of course, the superlatives farthest and furthest follow suit.

Is It Feasible?
Feasible in its formal sense means “possible to do easily or conveniently.” It focuses on whether something can be done, whether it’s capable of happening. The informal sense of the word is “likely” or “probable.” Even so, my favorite dictionary admits that there are times when careful writers will need to use feasible to address likelihood or probability.

Feb-yoo-ary
I remember struggling as a child to master the almost back-to-back “r” sounds in February . It seems that I was not alone. The traditional pronunciation is Feb-roo-ary. The more common one is Feb-yoo-ary, which sort of rhymes with Jan-yoo-ary and is so much easier that it’s becoming the standard.

It’s Formidable
Here’s one more pronunciation tip: Stress the first syllable of formidable and let the next three roll out quickly. It’s FORmidable. While stressing the second syllable (i.e., forMIDable) isn’t wrong, it’s heard more often in Britain than in the United States.

Fewer vs. Less
Fewer glasses, less milk. Replace “milk” with your favorite beverage, and you’re likely to master one of the most common mistakes in English grammar.

Fewer is used with items you can count: glasses, books, marbles, meetings (well, okay, those do seem infinite). Less is used with things that can’t be counted: milk, cider, wine.

” There were less people at the farmers market last Saturday because it was raining.

” I have less than 10 items in my grocery cart, so I can use the express lane.

” The less you know about grammar, the more you need an excellent secretary.

More Fish
One fish, two fish by Dr. Seuss is correct. Fishes is an older version of the plural, and though it’s still in use it’s not widely used.

The opposite of both is nonflammable . If ever in doubt about whether your reader will understand inflammable , consider using flammable .

Flute Players
In the United States, we tend to use flutist , while across the pond the British prefer flautist.

As with all writing, the preference of your audience matters most. Simply ask your favorite musician or your musical client whether you should use flutist or flautist .

Flaunt vs. Flout
The similar sound of flaunt and flout may have contributed to our collective confusion. Flaunting is an ostentatious display. “If you’ve got it, flaunt it.” (What “it” is should, of course, dictate where — or even whether — “flaunting” is going to advance your goals.) Flouting is ignoring the rules or conventions that govern a particular situation.

To combine the two, consider an attorney flaunting his ripped muscles by wearing a tight, black t-shirt to court, thus flouting at least the conventions (if not the rules) of the court. One might question the goals he sought to advance.

A different problem arises when writers confuse these words, using flaunt to mean flout , as in “The attorney in the t-shirt flaunted the rules of decorum.” No, he flouted the rules by flaunting his flesh.

Former and Latter
Use this pair only with two items. The first item you mentioned is the former , while the second is the latter . (An easy mnemonic device is that first and former both begin with “f.”) If you are comparing more than two items, then former and latter won’t work. Try first, second, third and last.

Fortuitous or Fortunate?
Traditionalists, rejoice! The traditional meaning of fortuitous is still preferred. A fortuitous occurrence is one that happens by chance. Its outcome is unknown. For example, the new member of the bar fortuitously sat by the hiring partner of a major firm at the last bar luncheon. They just happened to end up side by side. Will she offer him a job? Will she decide he’s a jerk and tell everyone in town? Who knows?

The problem is that we’ve become so optimistic that we’ve morphed fortuitous into meaning fortunate . We assume that the outcome will be rosy. While it would be quite fortunate if the partner hired the new bar member, their meeting at the bar luncheon would have been fortuitous even if she’d decided he was a jerk.

Founder vs. Flounder
These two words sound similar, and they are easy to confuse because they describe different aspects of similar bad situations.

The related sense of flounder is to struggle or be confused. (I have vivid memories of the flounder — flat, funny-looking fish that taste delicious — that my brother used to catch. Their flopping about helps me remember the meaning of the word as an adjective.) Another definition is to be “in serious difficulty.”

The venerable company foundered when the best partners all retired.

New law clerks often flounder in their first days on the job.

Fulsome
This word can have two very different meanings, so caution is advised. One meaning is excessively flattering or disgustingly overdone, as in “they are almost embarrassingly fulsome in their appreciation.” Another meaning is abundant, as in “a fulsome harvest.”

If you offer someone fulsome praise are you being insulting (disgustingly overdone praise) or kind (abundant praise)?

Frankly, My Dear
While you sit with visions of Rhett Butler telling Scarlett O’Hara just how he feels, let me explain a bit about “sentence adverbs.” As you know, an adverb typically describes a verb (Rhett spoke slowly ), an adjective (Scarlett was extremely selfish) or another adverb (the war began very suddenly). Sometimes, an adverb describes an entire sentence ( Sadly , my friends hated the book). The “sentence adverb” says how the writer feels about the action or ideas in the sentence (I’m sad because my friends didn’t like the book that I adored).

The problem arises — at least to traditionalist curmudgeons — when the sentence doesn’t support the promise of the adverb. In beginning his sentence with “Frankly,” Rhett was promising to be honest. He could have said, “Frankly, you are a selfish woman,” or “Frankly, our relationship is on the rocks.” What he said was, “Frankly, my dear, I don’t give a damn.” Reasonable minds might differ as to whether his statement was an honest report of his feelings or a mere self-serving proclamation. The latter would annoy traditionalist curmudgeons to no end.

Finale
“The last part of a piece of music, a performance, or a public event, esp. when particularly dramatic or exciting.”

ABOUT THE AUTHOR
Suzanne E. Rowe is the James L. and Ilene R. Hershner Professor at the University of Oregon School of Law, where she directs the Legal Research and Writing Program. She is grateful to the Luvaas Faculty Fellowship Endowment for its support of her work and to Kaylie Klein for research assistance with this article.