Things Look Different Here:
On the Road
By Janay Haas 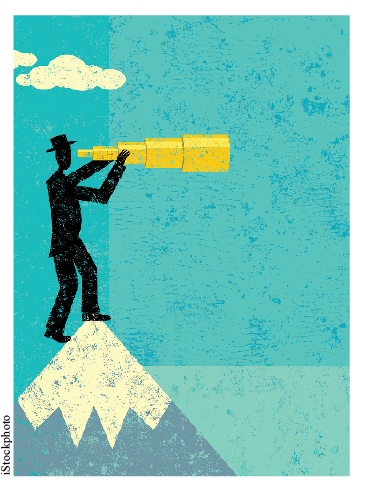 This year I lived my long-overdue Jack Kerouac summer — a two-month, 7,200-mile road trip across the southwest and the south of the United States. I was looking forward to eight weeks in which nothing law-related crossed my mind. Let the Board of Governors ponder the perils of lawyer advertising! For me, the miles would just go by, silent and peaceful.

My road tour was a wonderful experience, one that gave me new perspective on All Things Home. As the tourism board used to say, “Things look different here.” I had forgotten that the rest of America doesn’t think about beaches, billboards or bottles the way we do. As for the world of law, not only could I not escape, I gained a greater appreciation of what the Board of Governors was concerned about.

The non-law-related revelations first: A recent New York Times editorial described Oregon as “relatively progressive.” My travels convinced me it’s also quaint in some ways. For example, the Legislature has not yet prohibited drivers from using turn signals on our state’s highways. While I haven’t done the legal research to verify what I am about to say here, my empirical study leads me to conclude that many other states have expressly outlawed their use. I saw a only a few slackers in California and Arizona, but by the time I got to Texas, I saw that the ban is universally honored; I suspect that using a turn signal in Texas is probably a felony. Maybe even a capital crime.

Another example of the quaintness of our state: All along I-5, Oregon offers picturesque rest areas every 30 to 40 miles. They front rivers and forests, some of them with inviting trails that lead away from the roar of the freeway, some with aromatic thickets of our famous wild blackberries, where excited little kids quickly smear their fingers and faces purple. And these rest areas feature actual toilets, so in Oregon you don’t have to drive with your legs crossed. Fast forward to the pit stops in New Mexico, which tend to skimp on that amenity. A traveler accustomed to our genteel rest areas needs to completely rethink the idea that drinking water is good for her in that state. A sign at one water-and-toilet-free rest area there cautions potential crouchers in the cactus to keep an eye out for rattlesnakes. On I-10 in Texas, a roadside sign points out that the next rest area is 112, or maybe 123 miles away. There are no such signs on Interstate 40 in Arizona, but that’s because there are no rest areas — they were closed three years ago in response to a budget shortfall. Welcome to Arizona, the “Just hold it!” state.

Another quaint feature is that Oregon phenomenon of land-use planning. We don’t notice it’s at work until we are somewhere else. Albuquerque, with a population of less than half that of Portland, has 19 freeway exits within the city limits on I-25. And I-10 through Houston? Two hours to get across the sprawling town on a Gordian knot of overpasses, where every vehicle but mine was operated by a professional stunt driver late for work. At one overpass that suddenly became an underpass was a highway sign informing me that “existing vehicles must pay toll.” Since I was in Texas, I figured this was probably a typo or a grammo, like those “Drive friendly” signs along I-10. But what if it wasn’t a typo and was instead something profoundly philosophical in nature? (After all, Kinky Friedman lives in Texas. It’s conceivable.) Would I have to take an off-ramp if I believed in the existence of my car? Who decides whether my car exists? I knew I had utterly lost my grip when I heard my own voice praying, “Please, God, just get me to Beaumont.”

Back when Oregon was the only state to require a deposit to promote the return of certain bottles and cans, just driving across the border into California seemed like a trip to a garbage dump; litter lined the roads there. Since our southern neighbor also has created an incentive to recycle, it’s hard to tell any more where the state line is. Now the shock comes just east of Needles, crossing into Arizona. Under sunny skies, the roadsides glitter with the reflection from aluminum cans and broken glass, all the way across the south to the east coast. Louisiana was probably the most bottle-infested. On the other hand, Louisiana also has drive-through daiquiri stands — “Thirty-five flavors!” — all of which serve their daiquiris in Styrofoam cups. I guess these establishments do their part to keep Louisiana’s highways and roadsides clean of cans and bottles. If, by the way, you are starting to ask questions like, “Wait a minute — Louisiana allows open containers?”, I can assure you it does not. I involuntarily asked this law-related question of a man in a Big Rig while my car idled, A/C blasting, in line. Furthermore, I conducted extensive investigation in the field, and every Styrofoam cup comes with a lid. (And a straw.) One daiquiri stand even secures the covers with shipping tape. Another inserts the straw in the cup, but leaves the paper cap on the top of the straw so a driver isn’t tempted. So you see, not to worry.

In Florida, I spent two weeks at a resort that was a five-minute walk from the Atlantic Ocean. Palm trees. Exotic flowers. Tennis courts. Indoor and outdoor swimming pools and hot tubs. Golf. But if I wanted to go to the beach, I had a 20-minute drive ahead of me. All of the beaches nearby were owned by hotels and condo complexes. Private. It was difficult to understand why locals hadn’t staged an invasion of their own state beaches.

The farther I drove, the more I was reminded about Oregon’s adoption of the ABA’s advertising rule. The reminder came first in the form of billboards. The very existence of billboards seemed un- Oregonian; but the real jolt came, as I slowly discovered, from their content. Turning east at Bakersfield, I encountered a typical line-up: fast food, fast food, tourist trap, fast food, miracle diet plan, plastic surgery, fast food, miracle diet plan, plastic surgery; repeat. But as I got farther east, I noticed that another type of billboard had entered the mix. On I-25 heading south out of Albuquerque, I saw a billboard on which a lawyer in a business suit was snarling and punching at us with boxing gloves. Just west of El Paso, a billboard featured a family law practitioner wearing an expression of extreme maternal solicitude; not so terrible. But on the other side of town, another billboard lawyer clenched his fist — ”I’ll fight for you!” He had the decency to look embarrassed. In Louisiana and Alabama, all-black billboards asked, “BP CLAIM? Call (800) …” I had always thought that those John Grisham novels about the personal-injury wolverine syndicates painted an unrealistically lurid picture of the profession. The number of billboards I saw that promoted “nationwide” personal injury firms — traffic accidents! medical malpractice! toxic pharmaceuticals! — made those novels seem more factual than fictive. In Arizona and Texas, lawyer billboards trolled for those injured in trucking accidents. “Just Call (888) I AM HURT.” A Texas lawyer who was eager to represent the truckers cited in those freeway accidents looked out from her billboard with an expression you’d expect to see in an ad for phone sex. The most arresting billboard of all, however, was in Houston — not a standard horizontal, landscape-style billboard, but a vertical one, to accommodate a woman lawyer whose marketing strategy included flashing a lot of leg.

It was a Florida lawyer who convinced the U.S. Supreme Court some 50 years ago that he had a First Amendment right to advertise his professional services. So I shouldn’t have been surprised to find 10-minute lawyer infomercials on television there, in which “Actual Clients” (the crawl at the bottom of the screen said so!) in tight, frightened voices told viewers how their lives had been saved by the lawyer who had paid for the ad.

It’s a long way, fortunately, from Ore­gon to Florida. Based on what I saw this summer, I hope we keep our distance, and that Oregon lawyers — whether quaint or progressive — continue to exercise their right to promote their services in ways that don’t bring into question our commitment to professionalism.

ABOUT THE AUTHOR
Janay Haas, an OSB member who lives in Grants Pass, is a long-time Legal Aid lawyer and former member of the OSB Pro Bono Committee.