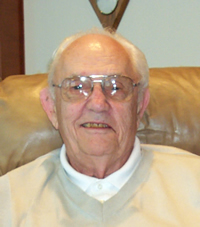 In the second-floor courtroom of Pioneer Courthouse, where the 9th U.S. Circuit Court of Appeals meets when it is in Portland, hangs a smiling portrait of a judge who helped create the federal magistrate system, and who was an architect for the future of federal court administration.

He is a man endowed with both grace and humor, whose legacy to the District of Oregon is not of flash and drama, but rather of someone who has worked quietly and diligently to make the federal court a friendlier place.

Skopil’s views on legal writing neatly sum up how he has approached other aspects of running a courtroom: Keep it simple and avoid legalese. Skopil holds candidates applying to be law clerk to his rule that they must write simply and clearly:

"I believe that in any disposition we write, we should be able to take it down the street and have anybody understand it the very first time. Someone shouldn’t have to read a judicial opinion 20 times to figure it out."

Otto Skopil came from a working-class background that offered him few material advantages, but gave him role models for his life and career. He was born in Portland to German immigrant parents: Freda Martha Boetticher, who arrived here from Leipzig when she was 5 years old, and Otto Richard Skopil, who came to Oregon with his family at age 8 and grew up on a dairy farm in the Salem area.

The couple eloped to Portland when his mother was 18. After their first son was born, they returned to Salem when he was about a year old.

Skopil credits his parents’ influence with his thorough nature, sensitivity to others and work ethic. Otto Sr. drove a laundry truck in Salem and eventually expanded his business into Eugene. Skopil describes his father as "the most patient and sensitive man I’ve ever known," and says that both parents were extremely kind to others.

Both also were perfectionists. For instance, his father inspected the lawn after Otto Jr. finished mowing; and his mother scrutinized the furniture to ensure that he hadn’t missed any dust after cleaning.

Bruce Williams, a close friend of Skopil’s since second grade who later became a law partner with him, says of the Skopil home: "In all the years I spent over there, I never heard a harsh word spoken. It was just part of their lives: The Skopils never spoke badly of anyone else or each other, even through the Depression."

Otto Sr. generally worked 11- and 12-hour days, but still came home for lunch every day and made time to play ball with Otto and his younger brother, Robert. Although his parents worked hard, Skopil’s family did not have the financial means to send him to college.

Fortunately, Skopil began playing basketball in junior high school and became an accomplished player. After high school, he was recruited to Willamette University on a full-ride scholarship. He lived at home, worked part time at a local service station and majored in economics.

On summer breaks, Skopil and his pal Williams used to wake up at 5 a.m. to play a round of golf, then dash off in Skopil’s Model A to work a 10-hour road-crew shift. He was on the varsity basketball team beginning in his freshman year and was named all-conference. As if all this didn’t keep him busy enough, he also served as freshman class president.

Most of Skopil’s relatives were farmers or laborers. But he credits his Uncle Ralph with inspiring him to attend law school. After Ralph Skopil lost an eye in an industrial accident, a representative of his employer asked him what the employer could do to help. Ralph, who had up to that point only achieved a fifth-grade education, asked the company to send him to law school. He then practiced in Salem until his retirement.

Otto Skopil was at Willamette when Japan attacked Pearl Harbor, so he dropped out to enlist in the U.S. Navy. He served as a supply corps officer in Guadalcanal and Washington, D.C., until 1945. Skopil and two law school classmates, who had dropped out and enlisted at the same time, returned to Willamette to complete their studies. Because they resumed in the middle of the regular school year, Willamette made special arrangements for the three returning soldiers, creating a mid-year graduating class of three in 1946.

After graduation, Skopil set up practice and took on public criminal-defense appointments. He later joined forces with his childhood friend Bruce Williams, and the two expanded their trial practice to include insurance defense and plaintiff’s civil work. As a practicing lawyer, Skopil had a case for State Farm that made it to the U.S. Supreme Court. He also tried a number of well-publicized criminal cases and was active in the bar and local community groups.

Skopil and Williams ran a thriving law practice in Salem for many years. Skopil says he had no judicial aspirations until he was approached one day by then-Sen. Mark O. Hatfield. There were two openings on the federal district court bench in Oregon at the time. The names of Skopil, by Hatfield, and James M. Burns, by then-Sen. Bob Packwood, were put forward. Skopil remembers the nomination and review process that he went through as a short, pleasant experience, and in sharp contrast to the confirmation process today. He and Burns were confirmed on the same day.

When he attended the new-judges school in Washington, D.C., Skopil found that he was one of the few among the 50 new federal district court judges not already a state court judge.

When Judges Skopil and Burns took the bench, they joined Judge Robert Belloni, who was the only active federal judge in the district. Judge Gus J. Solomon was on senior status, and the only other help Judge Belloni had was Judge George Juba, a federal magistrate. Thus, by necessity, Juba was trying civil cases and engaging in far more expansive activities than other federal magistrates around the nation.

Belloni and Skopil were some of the first federal judges to realize the benefits to such an expansive approach in the use of magistrate judges. Both men set about making the district of Oregon a model for the nation in this regard. Skopil also had other innovative aspirations for the court.

"Jim Burns and I went on the bench with the feeling that we wanted to change the attitude of the bar toward the federal bench," recalls Skopil. "We felt that we were members of the same profession, whether a judge or an attorney. My constant motivating factor was to be sure that everybody was treated fairly and equally."

Skopil’s son, Otto "Rik" Skopil III, a Portland attorney, says his father’s strongly held philosophy about the legal system was that how a person was treated was just as important as the judge’s decision. He describes his father as a role model for judicial demeanor, and says that Skopil "treated janitors the same way he treated senators, with respect (and) a sense of humor."

Skopil proposed an alternative system that is still used today, that of a case-by-case status conference that takes place after both parties have made their initial appearances. The court decided that these conferences would be conducted by a magistrate.

U.S. Court of Appeals Judge Edward Leavy, who at the time was a magistrate judge picked by Skopil, began the process of meeting with the parties and discussing the issues, and through that process, working toward a resolution short of trial or litigation. Leavy now is a recognized national leader in court-assisted mediation, and he credits Skopil with setting a chain of events into action that changed the course of Leavy’s career. He says Skopil made federal court a "friendlier place to practice."

Skopil’s efforts paid off, and federal practitioners routinely consented to have their cases heard by Judges Juba and Leavy.

Skopil’s impact on the profession took the national stage when he was appointed by U.S. Chief Justice Warren Burger to the National Magistrates Committee in 1979. As chairman of that committee, Skopil testified before Congress and helped draft what would become the Federal Magistrates Act, 28 U.S.C. 636.

Skopil explains: "The magistrate system as it now stands is probably one of the most progressive things that has happened in the judiciary since its origin. It’s given the courts an entirely different ability to handle the tremendous volume we have."

By drafting legislation that allows parties to consent to a trial before a U.S. magistrate judge, and by ensuring that only the most qualified lawyers were appointed to the magistrate positions, Skopil made his vision of expanding the Oregon system to the entire nation a reality.

Skopil worked on the magistrates committee with then- U.S. Attorney General Griffin Bell, and it was this connection that eventually helped bring about his nomination to the Court of Appeals by then-President Carter. Skopil was among the, at most, five percent of the judicial nominees that year to receive an "exceptionally well-qualified" rating from the American Bar Association, but he also was the only Republican nominee. Skopil is convinced that he has Bell to thank for getting his name before the president.

Thus, Skopil has the distinction of being appointed a federal judge by two different presidents, and of different parties: Richard M. Nixon (U.S. District Court, District of Oregon, 1972) and Carter (9th Circuit Court of Appeals, 1979).

Colleagues say Skopil is an individual who transcends politics, partisanship and rancor or any kind. As senior District Judge Owen M. Panner observes: "For 40 years, I have watched Otto Skopil as a lawyer, as a district judge and as a 9th Circuit judge. In all that time, I don’t believe I’ve ever had anyone say anything bad about Judge Skopil. He has no enemies."

"He loves his profession," says Skopil’s daughter, Shannon Skopil, a Portland lawyer. "He loves being able to use his common sense, intelligence and pure heart to help others. He always said that he felt that the pay cut he took to become a federal judge was offset by the honor of serving and benefiting the public."

Skopil says his move from lawyer to federal judge would not have happened but for the support, encouragement and understanding of his wife, Jan, and their children Rik, Shannon, Casey and Molly.

The committee spent five years gathering data and surveying judges and lawyers, and examining judicial vacancies, caseloads, work-force changes, the role of senior judges, and a number of other issues facing federal courts throughout the country. The result of this work was the publication of the "Final Long Range Plan for the Federal Courts," approved by the Judicial Conference in 1995.

Tom Carter, Skopil’s law clerk since 1979, says Skopil "is a remarkable jurist who is steadfast in his allegiance to the rule of law while remaining compassionate in seeking a fair and just resolution."

U.S. District Judge Robert E. Jones calls Skopil "an exceptional jurist with (a) broad smile," and says he is "a rare bird — beloved, admired, honored and respected by lawyers, colleagues and friends. He is truly a person for all seasons." Jones says Skopil serves as a model example "to those who seek the balance between family, career, love, laughter and the law."

ABOUT THE AUTHOR
Kelly Zusman is a former career law clerk and currently works as an assistant U.S. attorney in Portland.