Profiles in the Law
William A. Masters: Looking for the Connections
By Melody Finnemore 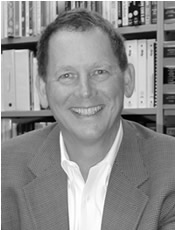 William A. Masters was pretty much destined to become an attorney.

Masters, a trial lawyer with Steve Rizzo in Portland, is a fourth-generation attorney in a family that boasts a rich legal legacy and a history with thick Oregon roots. His great-grandfather, William Y. Masters, clerked with Killen and Moreland before becoming a lawyer in Portland in 1884. William H. Masters, his grandfather, joined the profession in 1906. His father, William J. Masters, began practicing in 1948.

Masters carried on the family tradition when he graduated second in his class from Willamette Universitys law school in 1973. He earned bachelors degrees in pre-med and economics from the University in Oregon in 1968, then shipped out to serve as a combat infantryman with the First Air Cavalry Division in Vietnam from 1969-70. His battalion was the last to leave Cambodia. Just 14 days after leaving the jungles of Vietnam, Masters started law school.

'I wanted to be a doctor initially, but I ended up being an attorney. It seemed like the natural thing to do,' he said.

Masters was a defense lawyer for Miller Nash before joining Rizzos office last year as a personal injury and products liability litigator specializing in medical cases.

'I like the complexity of medical issues, and being able to solve complex problems. I like being on the plaintiffs side because you feel like youre helping somebody,' he said. 'I also think the law provides opportunities to explore a variety of disciplines. A whole host of issues can be presented that cross disciplines.'

Masters professional background includes a year as an adjunct law professor at Willamette University from 1989-90, service as a Multnomah County Circuit Court judge pro tempore from 1991 to 1994, and a host of speaking engagements for legal and business groups.

In addition, he has volunteered to serve on several committees headed by the Oregon State Bar, including the bars Discipline Board, the State Professional Responsibility Board, the Uniform Civil Jury Instruction Committee, the executive committee of the Products Liability Section, the House of Delegates and the CLE Committee.

Lisa Sindlinger, manager of the CLE Publications Department, served with Masters on the Uniform Civil Jury Instruction Committee, where he was admired for his prolific production of draft instructions each month.

'Hes also written chapters in several of our CLE books. Hes a good author and, overall, is fabulous to work with,' she said.

Masters, who has published articles on everything from epidemiology and post-traumatic stress disorder to statistical issues and the admissibility of scientific evidence in Oregon, admits his interests are wide ranging. It was that sense of intellectual curiosity and a bent for research that led him to begin compiling his familys history a couple of years ago.

What he learned was that his family immigrated to America in 1734 from Saxony, Germany, and settled 50 miles west of Philadelphia as members of the Schwenkfelders, a group that originated as Lutheran pacifists. They were farmers who lived among the Quakers and carried the name Meisther from their homeland. The name later was anglicized to Masters.

His great-great-grandfather traversed the Oregon Trail to settle in Portland in 1852. After his first wife died, he married Martha York, whose sister, Emily, was the first woman to graduate from Willamette University.

'It was fascinating to learn all of this, and the reason I was able to do this is because the Schwenkfelders kept very good records,' Masters said. 'Theres only so much you can get from genealogy, but there are other things you can pull out to give it meaning and context.'

By reading historical accounts, Masters theorizes that a distant relative, Christopher Meisther (his great-great- great-great grandfather), grew up near and was the same age as Daniel Boone and may have befriended the legendary figure. Letters published from that era have given him a glimpse into the turmoil the Schwenkfelders faced as they were prosecuted for refusing to fight during the War of Independence. Old letters also have provided Masters with insight regarding the joy his descendants felt as they arrived in America.

'So much of this can be lost, and its kind of interesting to see the continuity,' Masters said. 'If youre looking for it, the connections you can find are amazing. Its six degrees of separation.'

ABOUT THE AUTHOR
Melody Finnemore is a Portland freelance writer and frequent contributor to the Bulletin.